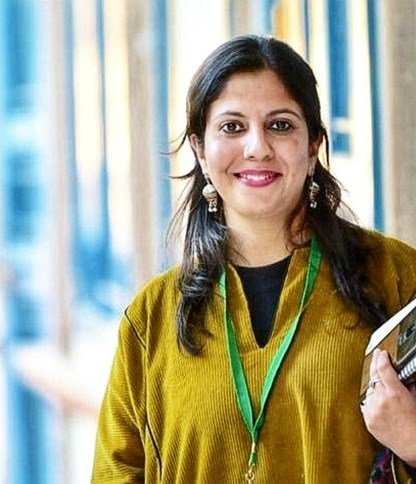 Dr. Tabeenah Anjum Qureshi is a senior journalist and an internationally acclaimed visual storyteller whose pictures are condensed emotions that unfurl into cultural narratives.

Presently working as a journalist in Rajasthan, Tabeenah is a traveller who has absorbed myriad experiences and conveys them through her reportage and lucid op-eds on diverse issues in the media. She has a career traversing reputed media organizations over a decade such as Deccan Herald, the Rajasthan Patrika group and DNA newspaper.

With an immense interest in teaching, she conducts workshops on visual storytelling, print journalism and social media at reputed institutes such as the Indian Institute of Mass Communication (IIMC), The Film and Television Institute of India (FTII) and at the University of South Australia.

Her photographic artworks have exhibited in India, Nepal and South Australia. Dr. Tabeenah participated in the Oz-Asia festival (2019) has curated several shows in India. She has also authored a book 'Social media and Social Activism.'