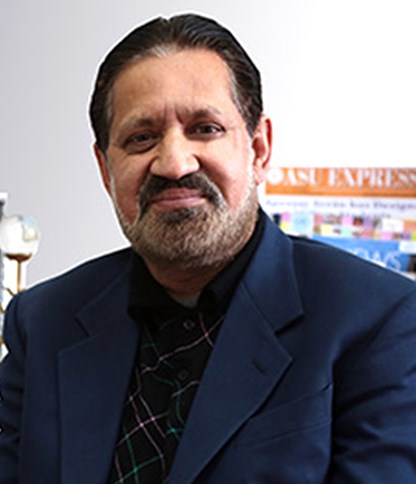 Mr. Ashok Ogra is a noted media and management professional with over 40 years of experience in senior positions across all media platforms – print, radio and television. Currently, he works as an advisor (mass communication) with the Apeejay Education Society, New Delhi and is the honorary Professor Emeritus of the School of Journalism and Mass Communication, Apeejay Stya University, Gurugram, Haryana. He has previously served as the director of Apeejay Institute of Mass Communication.

Mr. Ogra started his career with The Tribune in 1977. He later joined Doordarshan as producer (news and current affairs), took over as the channel’s director at a fairly young age in 1988 and later worked as the controller of sales from 1993-95.

Mr. Ogra served as the senior member of the start-up team that launched Discovery Channel in 1995 and Animal Planet in 1998, where he worked as Vice-President, in charge of the entire South Asia region. During his tenure, both the channels emerged as the most reputed media brands in the entire region.

He has also taught at the reputed Film and Television Institute, Pune (1982-1985) and has served as a jury member of various film festivals including the prestigious Indian National Film Awards, News Broadcasting Awards and Chairman of the UNESCO-CEMCA jury for video competition on community radio. Mr. Ogra is a regular invitee at both national and international forums. He writes extensively on various media and management issues.

He is also a member of the Indian Advisory group of the UKIERI (UK) funded project to support research and innovation in media institutions in India and the UK. He is currently on the advisory council of Commonwealth Educational Media Centre for Asia, Commonwealth of Learning, Vancouver.