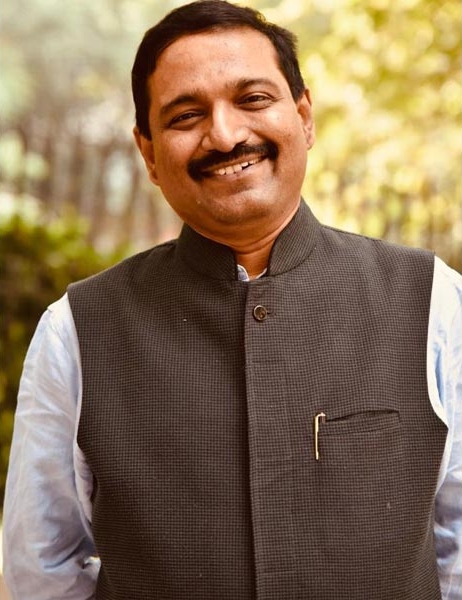 Prof. K.G Suresh comes with close to 30 years of deep professional and personal experience in leading teaching and research in Higher Education. He is a New Delhi based Senior Journalist, Columnist & Communication Strategist. Before joining UPES, he has served as:

Prof. Suresh has travelled all around the world and has multiple laurels to his accord. Some of them are as below:

A TEDx Speaker, Prof. Suresh was a Member of the prestigious feature film jury & non-fiction jury of Indian Panorama 2018 & 2017 respectively for the International Film Festival of India, headed by well-known filmmakers Rahul Rawail & Sudhir Mishra, Feature film section of National Film Awards Jury 2017 headed by noted filmmaker Priyadarshan and the Chairman of its Northern Regional Jury. He was Editor-in-Chief and Member of the International Jury for the Media Colloquium at the prestigious Delhi Sustainable Development Summit-2015, and the only journalist to represent India at the World Media Conference in Seoul in March 2015, organized by leading US daily, The Washington Times. Prof. Suresh was on the international jury for the Plural+ International Youth Video Festival 2012, organized by the United Nations Alliance of Civilizations and the International Organization for Migration. He was the first Indian to be nominated as a jury since the inception of the festival in 2009.

Prof. Suresh is a Member of the Academic Council of the following prestigious institutes:

Prof. Suresh has addressed national and international conferences including the prestigious Jhabarmal Annual Lecture organized by Rajasthan Patrika and the Sat Paul Sahni Memorial Lecture organized by the Indian Institute of Public Administration in January 2017, International Co-Production Conference at Seoul, South Korea, in 2018, organized by the Korea Communication Commission, the India-Japan Global Partnership Summit in Tokyo, in 2011, the Fourth Forum of the UN Alliance of Civilizations (UNAOC) at Doha, Qatar in 2011, the Fifth Forum of UNAOC at Vienna, Austria to name a few.

Prof. Suresh has completed his Master of Mass Communication from Guru Jambeshwar University of Science & Technology in 2008 and Graduated with English (Hons) in 1988 from Delhi University. He has secured his Post Graduate Diploma in Journalism from Bharatiya Vidya Bhavan in 2000 and his Experiential Course in Public Health Journalism in 2016 from Oxford University.