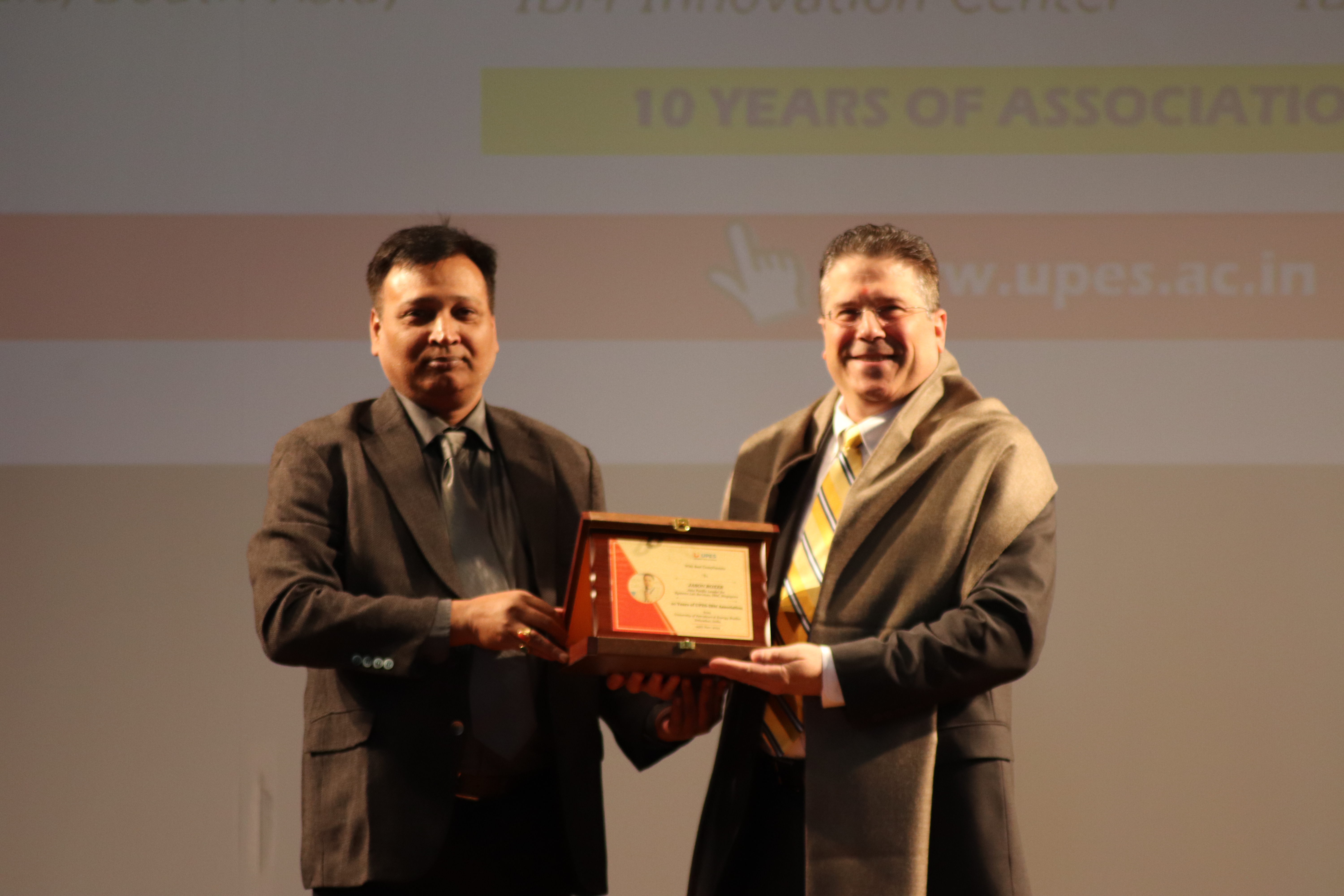 The event began with traditional Lamp Lightning and Saraswati Vandana followed by warm welcome of all esteemed Guests by Dr. Manish Prateek, Dean, School of Computer Science, SoCS. Mr. Jason Boxer congratulated UPES- SoCS for 10 years collaboration with IBM. He also added that UPES-SoCS- IBM collaborated Computer Science course was the first pioneering program initiative with IBM in India which has set an example for other universities in India and outside to follow. He said IBM and UPES has one common thing and that is culture of innovation which both of them are following from previous many years. Mr. Ramesh Madumba addressing the audience said that IBM has decided on certain inputs from the university and the changes will be implemented and seen in near future. Mr. Vithal focussed on how the UPES-SoCS and IBM relationship has evolved in previous 10 years and also how IBM is committed to make it better in near future. Mr. Hari took forward the event by congratulating and felicitating the faculty members of School of Computer Science, who have/had contributed to this 10 years relation in successful way. Dr. Manish Prateek, Dean SoCS, UPES was honoured on this occasion by IBM Team. The ceremony concluded with felicitation of esteemed guests and a group photograph.