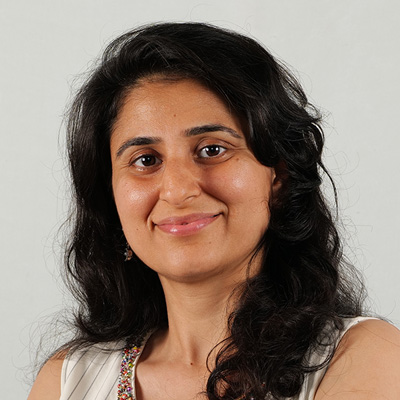 1. Contribution: Antibody dependent enhancement is a phenomenon observed in flaviviruses esp. Dengue and WNV where subsequent infections are more severe. At the Ben Gurion University of the Negev, Israel, she was involved in developing an Antigen microarray as a diagnostic kit for ADE. Another aim was to prove ADE of ZIKA in mouse model. She successfully used swiss cohort to show vaccination of Tick borne encephalitis was successful and due to which cross-reactive antibodies were formed in the subjects we were given to study. ADE in mouse model was also observed in a small group of mice (20 mice). Wild type mice (n = 60) were also used to prove in vivo ADE of ZIKA.

2. Proteins are work horses of the cell. Protein folding is central to key processes of the cell. At CSIR-IGIB, she along with her team aimed to understand the process of adaptive thermotolerance in lab adapted coli. They created knock-outs of molecular chaperones and learnt that chaperones are not the only determinants of protein folding at high temperature but also certain metabolites of 1-carbon metabolism as assessed by mass spectrometry.

3. Translation is a basic process of the cell wherein the genetic code/message in form of codons of mRNA is decoded into proteins - the functional entity of the cell. The process of Translation is divided into four steps – Initiation, Elongation, Termination and Recycling in prokaryotes. A deep understanding of this process in the light of structural and biochemical data with integration of genetics is was our objective. They uncovered the finer details of the process of initiation using insights from structural and biochemical data on selection and passage of tRNA at the P site of the ribosome (initiator and peptidyl tRNA). They showed that post-transcriptional modifications of rRNA i.e. the methylations of G966 and C967 near the vicinity of initiator tRNA binding site and the conserved residues of tail of S9 protein (SKR) of the ribosome are involved in fidelity of translation at the step of initiation as well as elongation.