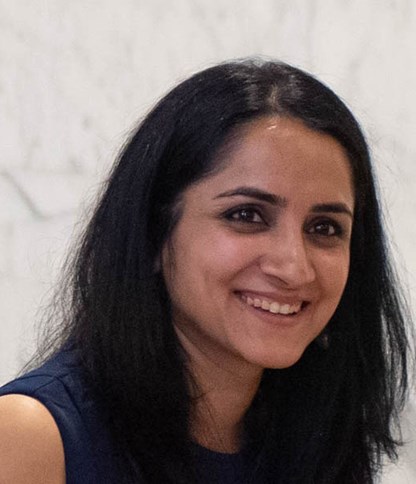 Chanpreet Arora is Senior Vice President and Head of Business, Voot (Viacom 18 Media); Co-Founder and Mentor, Rezilient Digital and former CEO of VICE India. She has been a Fellow at the Reuters Institute of Journalism, University of Oxford.

Chanpreet is one of the most-well regarded leaders in the Indian Media Industry. Her work over the last 19 years has spanned across areas of strategy, revenue, partnerships and sales operations. She has led the launch & scaling of leading international and local media brands in India including VICE Media, The New York Times, Formula One, Times Internet and Discovery Channel. In 2018 as CEO, she led the successful launch of VICE Media in India.

In 2019 she completed a prestigious Fellowship at the Reuters Institute for Study of Journalism at Oxford University. In 2020, she co-founded Rezilient Digital Services. Rezilient is building a SaaS marketplace for Publishers to enable monetization across content, media, data and programmatic channels. Rezilient is working with leading digital publishers and Ad-tech companies providing full service revenue support, ranging from ad-tech advisory, organisation reskilling to programmatic and direct monetisation services. Some of its clients include The New York Times, Parentune and Mckinsey & Company.

With a passion for academia, she is actively associated with institutes across Europe & India. She has taught at Reuters Institute, Oxford, Stockholm School of Economics, MDI Gurgaon & MICA among other institutions.