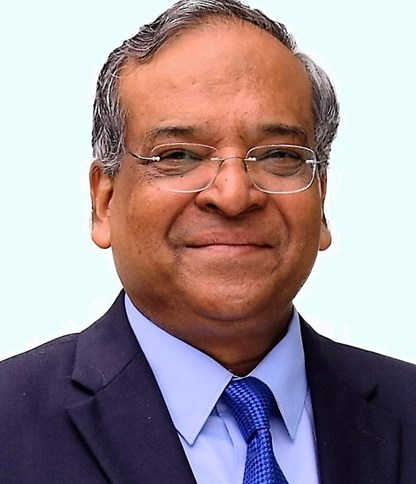 Dhanendra Kumar, a retired IAS officer of 1968 batch (Haryana Cadre) has been the first Chairperson of Competition Commission of India (Feb 2009 - June 2011) when the enforcement of Competition Law was initiated. He was responsible for developing in the initial stages the roll out of enforcement regime and M&A Regulations, put in place the systems, recruit professionals and capacity building. He is considered a veteran in the field and frequently invited to deliver lectures globally.

Post June 2011, he was appointed as Chairman of the Committee of Experts to draft National Competition Policy and suggest amendments in the Competition Act. Some of the recommendations in the reports resulted in major policy formulation like in the Civil Aviation Policy. He also chaired the Committee for Reforms in Housing and Real Estate Sector. Some of the earlier recommendations were included in RERA too.

Earlier, he was Executive Director at the Board of World Bank/IFC at Washington DC
(2005-09). During this period he also represented besides India, Sri Lanka, Bangladesh and Bhutan on the Board of Directors. He was also a prominent member on the Governance and Ethics Committees of the Board. He helped resolving several complex and intricate issues of the Countries he represented.

He is a seasoned IAS officer, with four decades of national, state and global experience, having served as Secretary in several key Ministries, including Defense Production (2005), Roads and Highways (2004-5), and Culture (2002-04). He also worked as Additional Secretary in the Ministry of Telecom (1998-2002) when migration of cellular telephony took place, BSNL was carved out, and reconstituted TRAI was set-up. During this period, there was a dynamic growth in the internet sector too.

He also worked as Principal Secretary to Chief Minister, Haryana (1991-1996) and earlier Haryana’s Director of Industries, and then MD of HSIDC when a big push was given to industrialization and infrastructure development including the most popular Udyog Vihar, Manesar etc. He was awarded with National Citizen’s Award for his contribution to the development of industrial parks and infrastructure.

He also served as Resident Director of Indian Investment Centre (under Ministry of Finance) in London (1983-86) to promote investments into India and JVs of Companies of India and UK/Europe.

After superannuation, he has set-up Competition Advisory Services (I) LLP, a niche advisory service in Competition Law of which he is the Chairman. He is frequently invited to deliver lectures in various forums and academic institutions and is also a Distinguished Fellow in the School of Competition Law and Market Regulation of the Ministry of Corporate Affairs.

Through Board Marks, JEE scores

Through Board Marks, JEE, CLAT or LSAT India scores