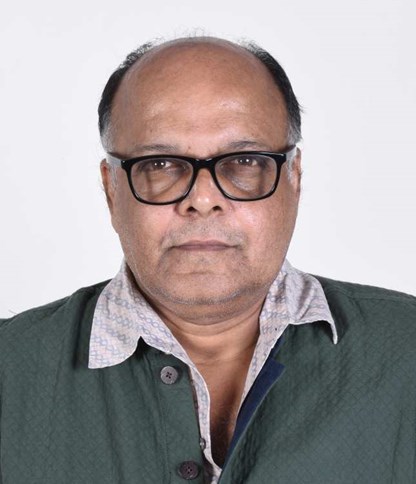 Prakash Moorthy did post graduate studies in Art at the M.S University of Baroda (1985) and in Animation film Design at the National Institute of Design (1989). In 1997 he was invited to show his films at the Hiroshima International Animation Film Festival. From 2000 he taught visual scripting and character design as a visiting faculty at the National Institute of Design.

He designed the wild life interpretation centers at Rajamalai and Munnar wild life sanctuaries in 2005. His book “Animating an Indian Story” was published by NID in 2006 and he contributed short stories to “Between the earth and the sky” an anthology of stories from the forests edited by Savya Saachi for Penguin books, published in 2006.

In 2006 he joined Miditech New Delhi as Head of Animation for the Sesame Workshop project in India: “Gali Gali Sim Sim”, a TV programme devoted to pre school education. In 2009 he created, designed and directed “Sulochana and the Nature Detectives”, a pilot film for Snaptoons, Turner Films International, which was premiered on Cartoon Network.

He worked as Professor and Head of the Department of Animation Cinema at the Satyajit Ray Film and Television Institute, Kolkata, setting up the Department. Besides designing the
curriculum for the same, he initiated the Animation Film Appreciation program “sense animation” that travels the North Eastern states of the country.

Presently, he teaches Animation Design at Srishti Institute of Art Design and Technology.