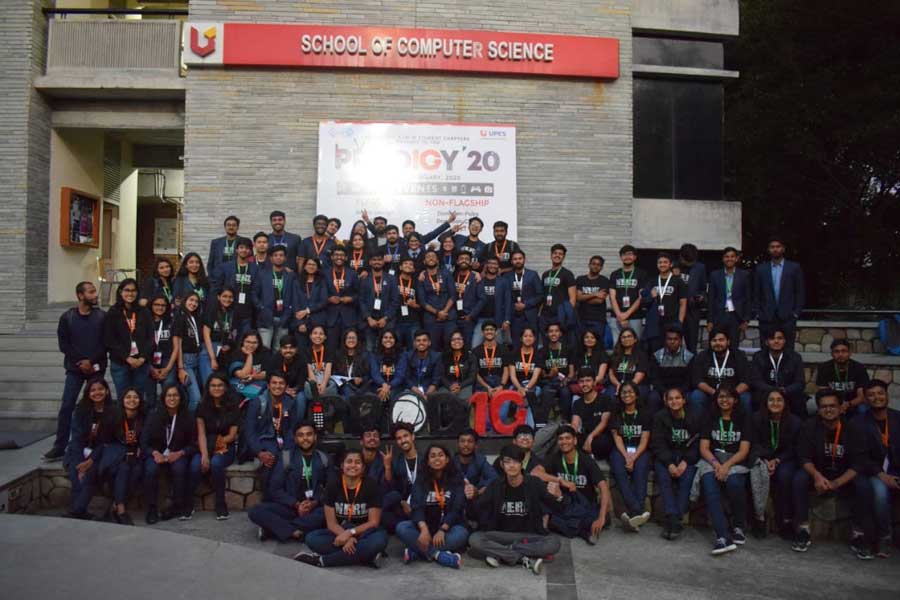 As per the culture of UPES, ACM and ACM-W Student Chapters organise one of the most anticipated fests of the year, Prodigy. It aims at bringing together, the people who wish to learn, question the current reality and whose imagination knows no bounds.

Prodigy is organised every year with the objective to provide a platform for the students to showcase their talent with a competitive spirit. The fest this year was successful enough to attract as many as 550 registrations from the college for the two-day fest. Preparations for Prodigy 2020 started months in advance.

This year’s theme was ‘Decade Change’, which was special in two ways; Marking the beginning of a new decade and signifying the 10-year anniversary of UPES ACM Student Chapter. The aim of the theme was to recognise and appreciate the changes in technology that shaped the past decade and also the advancements that we witnessed in the field of Computer Science. It was an ode to the plethora of technological innovations that have changed our lives in the past decade.

There were stellar guests at the fest such as Mr. Sridhar Chimalakonda, Assistant Professor in the Dept. of Computer Science & Engineering at the Indian Institute of Technology, Tirupati, and a close associate of the ACM Chapter; Mr. Shourya Srivastava and Mr. Shubham Dhiman, Co-founders of Unicorn GamingHub, judged Game Jam employing their monumental knowledge and experience. They also engaged the students with various insights on the subject and wished them luck for their future endeavours.

The closing ceremony marked the end of a remarkable two-day fest and appreciated the diligence and conscientiousness of the team. All the winners were awarded with cash prizes, certificates and exciting goodies. The stage was also used as an opportunity to express gratitude and admiration to all the judges as well as the team for Prodigy 2020.