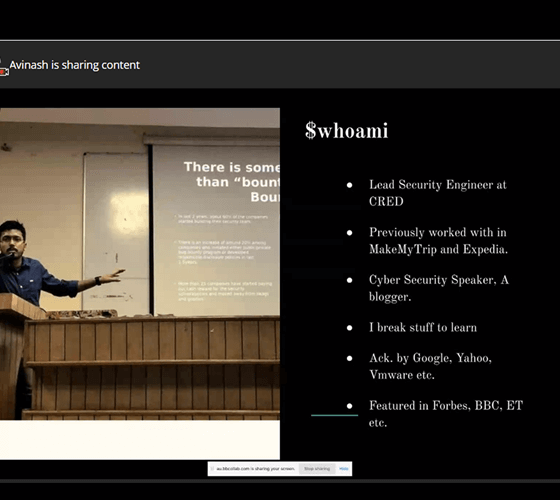 Prodigy’21 was hosted online in its entirety, using video-conferencing and instant messaging apps adhering to all the Covid-19 precautions of. Prodigy’21 was a 3-day fest from April 9, 2021, to April 11, 2021; and included 9 different events. An auspicious inaugural ceremony was conducted on the first day, April 09, 2021, before starting with the events. The esteemed Dean of School of Computer Science, Dr Priyadarsan Patra, greeted the audience with his kind and inspiring words, which was followed by the speech of Mr Vaibhav Mahindru, the Convener of Prodigy’21, where he introduced all the events and declared the fest open.

Following are the events with a detailed description –

Django Girls: Django Girls, an international NGO and a community that inspires women to fall in love with programming, organized a free, one-day workshop to teach participants how to build a web application from scratch using HTML, CSS, Python and Django. The coaches of the workshop were Ms. Anagha Todalbagi (Senior Software Engineer at Duetto) and Yashashvi J Dave (MS Computer Science, University of Illinois Chicago). This 3-day workshop witnessed the participation of more than 150 students, at the end of which they were able to create their blog application and deploy it to the internet.

Stepping into CyberSpace: The Workshop on the topic “Cyber Security and its Domains''. The speaker of event was Mr. Avinash Jain, who has been doing wonders in society by being a cybersecurity researcher, blogger and helper to MNC’s. He enlightened the participants with insights on the domain and discussed its career prospects predominantly. The workshop had an attendance of about 300 students.

Pointer Swizzle: This was an online coding event hosted on CodeChef where the participants had to solve five questions in five hours in the language of their preference. The event witnessed over 50 entries and strictly adhered to the guidelines of ICPC. The event was long but full of thrilling moments before it concluded around 3 am.

Hack to the Future: A 14-hour long Capture-the-Flag competition that allowed the cybersecurity novices and wizards alike, to solve a variety of challenges and find a ‘flag’ that was a piece of text hidden on the server or behind a web page. About 70 participants navigated through a mind-boggling maze, cracking codes, breaking encryptions and collecting flags to make their way to the top of the leaderboard.

DesignSio: A fun designing competition inspired by the concept of extempore. In this event, all participants were given a random topic every 15-minutes on which they had to design a logo or a poster. About 50 artists and creators competed with each other through handmade and digital designs.

Game Scuffle: Game Scuffle was an event where the participants not only got to showcase their creative game ideas but also their presentation skills in front of the esteemed panel. The concept of the event was to use the given assets and build a game prototype in 24 hours.

Treasure Trove: This was an online treasure hunt hosted on a mobile app solely created by the technical team of UPES ACM and ACM-W. Participants of this exciting online treasure hunt event were required to surf through platforms of GitHub, Instagram and Facebook of UPES ACM and ACM-W Student Chapters and look for solutions related to various riddles.

Combat Zone: This was a gaming event consisting of the Call of Duty: Mobile and Valorant championship. There were 120 participants.

The partners for Prodigy’21 were: