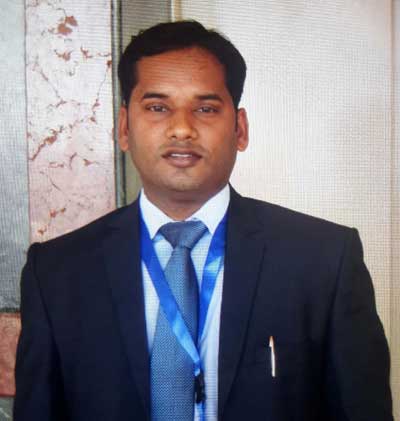 Presented a paper on 'Women and Crime : Its my right to say 'NO'' at the 18 th WORLD CONGRESS OF CRIMINOLOGY held at O.P. Jindal Global University, Delhi NCR, India from 15-19 December, 2016.

Presented a paper on 'Pharmaceutical Patents: Indian Perspectives '' at the International Conference on 'Intellectual Property and Economic Laws ''organised by Faculty of Law from 12- 13 March, 2016.

Presented a paper in the Workshop on Regulation and Management of Groundwater in the age of Climate Change : Need for Legal reforms organised by National Law University, Delhi in association with School of Oriental and African studies, London and UK-India Education & Research Initiative, New Delhi on 10th April, 2015 at NLU, Delhi.

Presented a paper on 'Effective Public Grievance Redressal System : A Step towards good governance' in the International Conference on 'Socio Economic Justice after seventy Years of India' Independence : Domestic and Global Challenges' ''organised by Faculty of Law from 18th to 20th November, 2016.

Presented a paper on “International Criminal Court to Neo Colonial tool of Western Governmenst – An Analysis'' at the 46Th Annual Conference held at the Indian Society of International law, India from 29-30 April, 2017

Book Published (if any)

The Institution of Lokpal in India: Exploring the Viability to arrest Corruption

Invited to as a Key speaker to chair the session in the International Conference dated 8-9 May, 2017 held at Cairo, Egypt.

Functioned as a Resource Person in the Delhi University Pre Entrance Summer School 2017 for imparting training to under graduate students, in the discipline of Law.

Judged the Debate on 'Fundamental Duties - Mith or Reality ' organised by Faculty of Law, University of Delhi.

Faculty in Charge of the Rapporteur team in the International comference on 'Rule of Law for Sopporting the 2030 Development Agenda/Sustainable Development Goals' organised by NGT,UNEP,MOEF Ministry of water Resources on 4-6th March, 2016 at Vigyan Bhawan Manekshaw Centre, New Delhi.

Faculty member of the Editorial team in the International comference on 'Global Environmental Issues' organised by NGT,MOEF & ILI on 14-15th March, 2015 at Vigyan Bhawan, New Delhi.

Faculty in Charge of the Moot Court Committee Law Centre-II, University of Delhi.