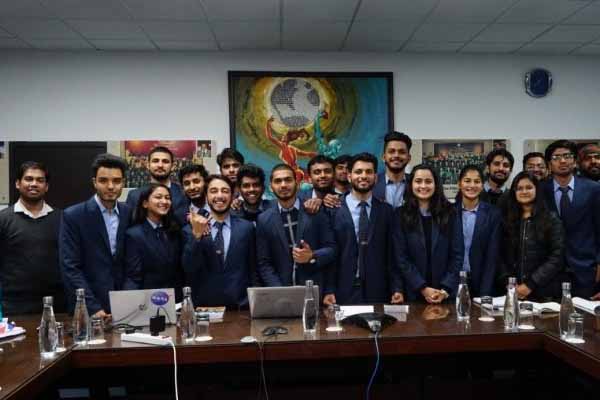 CanSat is an annual competition open to teams from universities and colleges around the world. Teams must be able to design and build a space-type system, following the approved competition guide, and then compete against each other via an actual rocket launch to determine the winners.

The American Astronautical Society (AAS) organised an annual student design-build-launch competition for space-related topics. Participants had to structure an end-to-end life cycle of a complex engineering project which included conceptual design, integration and test, actual operation of the system, along with a post-mission summary and debrief. UPES Team Astral stood second nationally  and seventh globally.

The mission of the competition was to design a CanSat which consisted of a container and science payload. Adds Mr. Labana, “The science payload shall be a delta wing glider that will glide in a circular pattern, once released. The CanSat shall be launched to an altitude ranging 670 meters to 725 meters above the launch site and deployed near apogee (peak altitude). Orientation of deployment is not controlled and is most definitely violent. The CanSat container must protect the science payload from damage during the launch and deployment.” This mission is considered one of the most-respected and much-awaited competitions worldwide as teams from all over the globe participate in it.